Know Your Oils – The Difference Between Extra Virgin & All the Others

Know Your Oils – The Difference Between Extra Virgin & All the Others 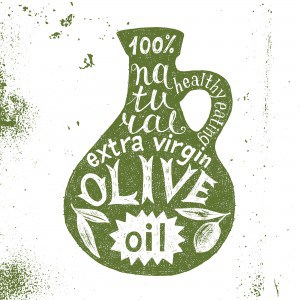 In a nutshell, Extra Virgin Olive Oil (EVOO) is the highest grade of olive oil. It is the first press of the olive (hence the term “first press”). It is also pressed at a low temperature, ideally below 95 degrees.  The lower the temperature, the higher quality olive oil. By temperature, that means the temperature of the water that is added to the molaxer (machine used to extract oil from the fruit).  The warmer the water, the higher the yield, but also a lower quality oil. So the terms “cold press, first press” are really just another way to say Extra Virgin Olive Oil.

Another key element in EVOO is Oleic Acids.  Oleic Acids keep the oil fresher longer and also help prevent the formation of peroxided fats. Oleic Acids have also been proven to help regulate healthy blood pressure and contain Omega 9’s which assist in brain health. For Oleic Acids, the higher the number, the better.

The third element that sets EVOO apart from all the other oils is a low level of Free Fatty Acids.  A low FFA indicates that the oil is stable and will not turn rancid easily. It also correlates to a higher smoke point (the lower the FFA, the higher the smoke point).

Virgin Olive Oil, on the other hand, is the second press of the olives, at a higher temperature. The higher the temperature the oil is pressed at, the less nutritional value in the oil. It usually has a lower smoke point and less flavor than its Extra Virgin cousin.

After Virgin Olive Oil, there is just Olive Oil, which is usually refined to remove any taste or flavor defects, leaving an oil that has very few nutritional benefits. Then there are the “Light and Pure olive oils” which should basically just be used as a light source as they are heavily refined.  Avoid these oils!